I think I am finally happy with our master bedroom.  My husband gets frustrated with me and says I always want to change things but I think men just don’t understand us women.  We have all experienced the feeling when you have decorated or organized a room and you just know it is not quite right.  It is missing something or it just needs a few tweaks and changes in order for you to be satisfied.

The master bedroom was one of those rooms; lets just start with the fact that after I got a new bed frame and mattress (which I do love the look of) then my queen duvet no longer fit the now much higher bed.  Every time I made the bed the comforter was way short on one side and it drove me crazy.  I decided to live with it awhile instead of rushing out to buy a new comforter but lets just say it constantly bugged me so I gave in and started the hunt.  I wanted something very simple and as many of you who have seen my house know I love blue.  I guess after years of helping people get organized and seeing a variety of spaces (some of them more cluttered than others) I gravitated to blue because as a color it calms me and has a clean look.  I went to multiple stores and yes ended up at Target with surprise, surprise a solid blue comforter with a tone on tone pattern.  I do love it and I can switch out throw pillows if I ever want to change the look.

Second challenge was artwork.  I had a rather plain sunburst hanging above the bed that I had spray painted bronze to give it a new look.  In theory it should have worked but it just didn’t add anything.
My husband of course had hung it already and put a nice hole in the wall but a little patching and paint and it will be as good as new.  I ended up finding a set of 3 mirrors at Target and decided to hang them over the bed instead.  Let me just say I do have quite a few mirrors already in the bedroom but I love to decorate with mirrors because of the way they reflect light and brighten up a room.

I can’t say that I won’t occasionally tweak a few things but today I am pretty happy with the end result! 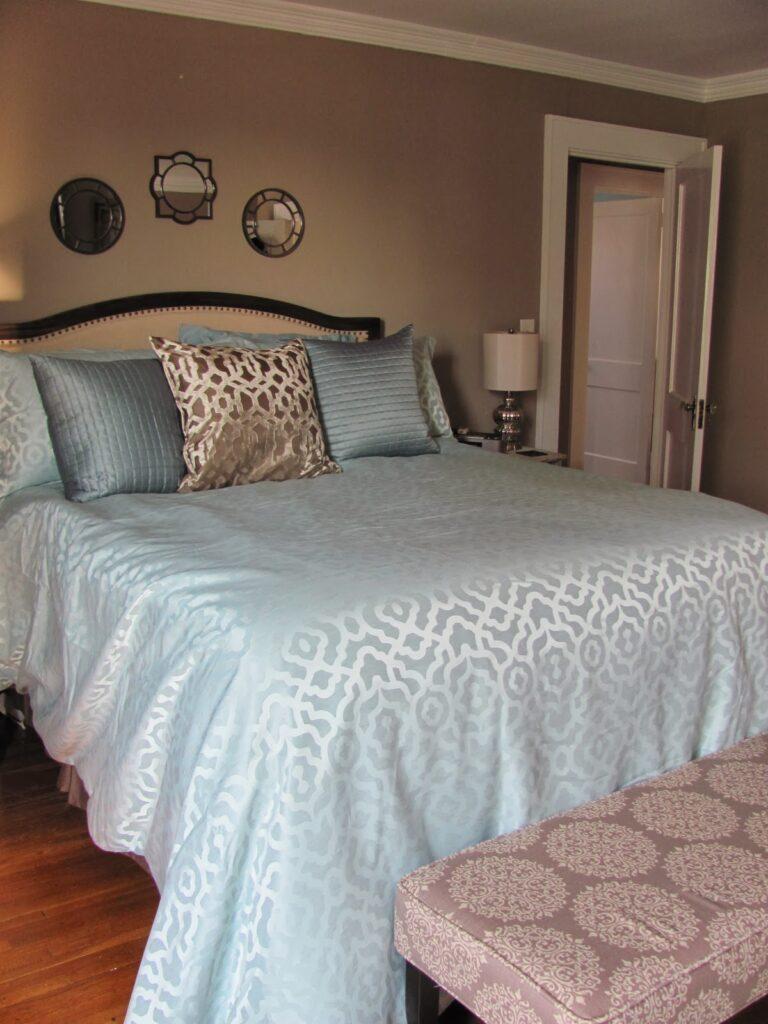 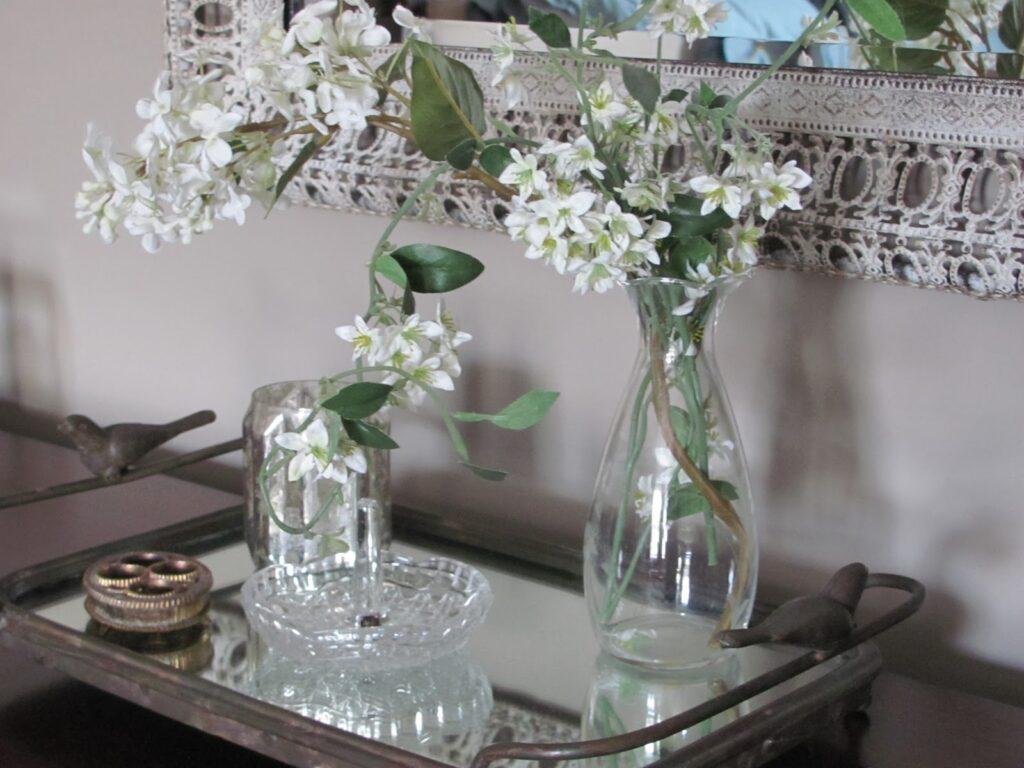 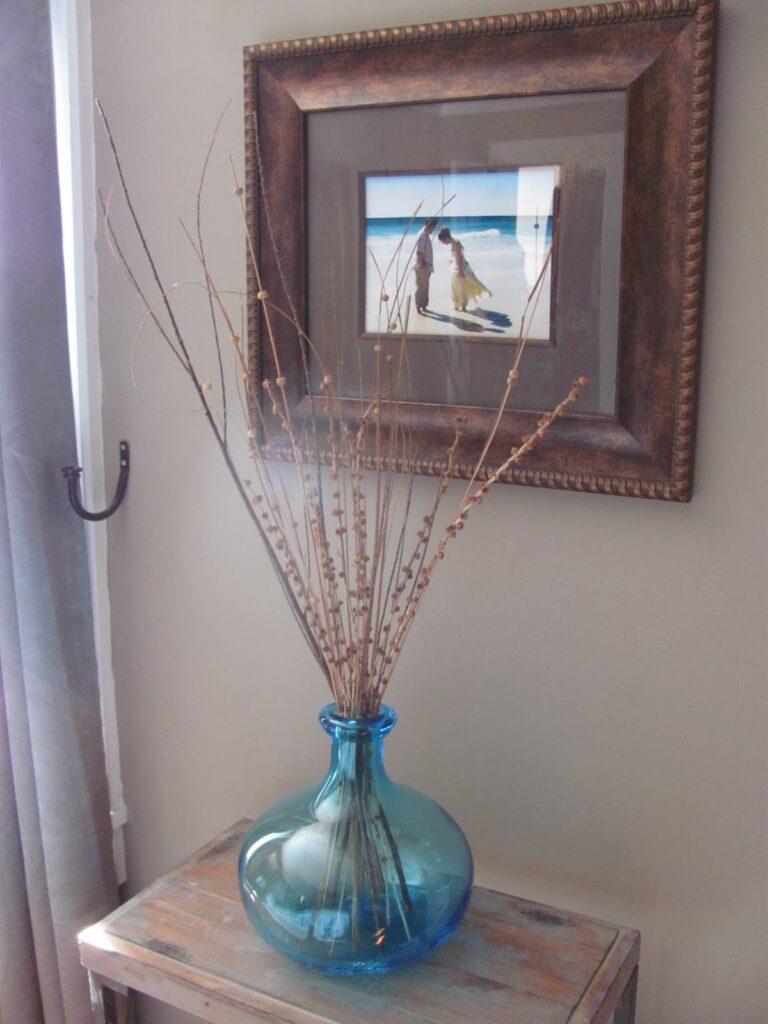 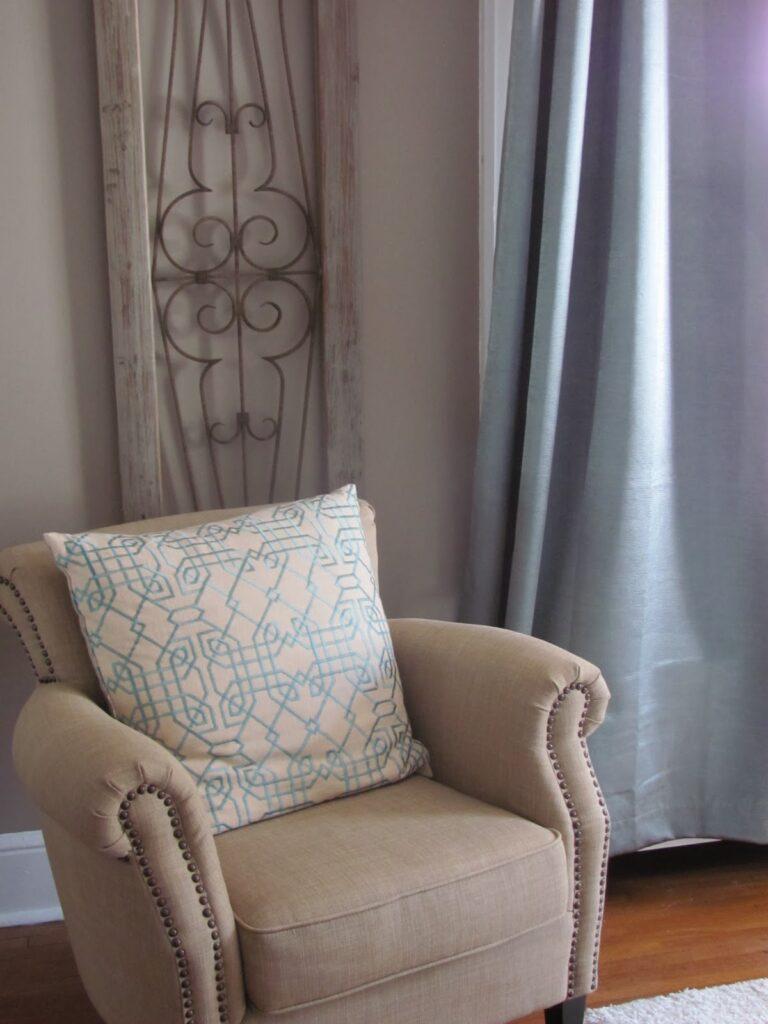